Oh, to be young again. Wouldn’t it be great if we could just hop in a time machine for the day to revisit our childhood for just 24 hours? (Let’s be honest, we wouldn’t want to stay too long, especially if said time machine took us to Middle School or something.) Truth be told, we’d probably just be in it for the snacks. So, allow this post to be your tour guide back in time, via the memory of your taste buds. Here are 10 snacks you probably won’t see anywhere ever again. (Insert sad emoji here.)

Ok, if French Toast Crunch could make a comeback, so can this cereal. If you close your eyes, can you just taste the sugary sweetness? Mmm.

For those of us who weren’t allowed to drink Kool-Aid and other sugary drinks that came in this sort of packaging, Squeez-It was a godsend because it was made out of 100% fruit juice. We were able to look as cool as the other kids at the lunch table, and our moms were happy. Win-win. 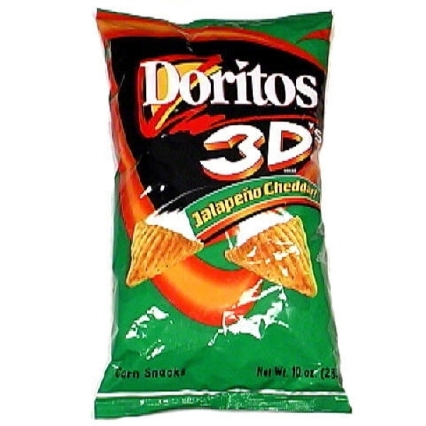 Somewhere between regular Doritos and Bugles, one would find this creation. The texture was better than a chip in a way, and almost bordered on a cheese puff.

Let’s be honest – the best thing about Shark Bites was the WHITE SHARK. For some reason, that particular fruit snack tasted a zillion times better than all the others.

Shortbread plus chocolate…what more could our little kid hearts desire? These were sort of like reverse Oreos except with chocolate and not at all like Oreos, but you get the idea.

So, I guess you can get Surge now at some places but no “childhood snacks” roundup is complete without the iconic yellow-green soda. This was the most hardcore of the drinks, after you could no longer purchase Jolt anywhere. You were a BAMF if you drank this. 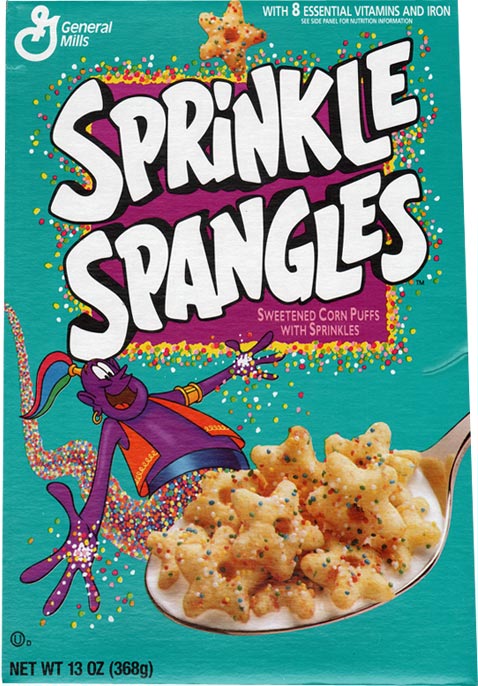 Why did this cereal ever disappear? It was literally one of the greatest things ever invented. Raise your hand if you can recall what the texture of those little sprinkles felt like when they came loose from the cereal pieces! Delish. 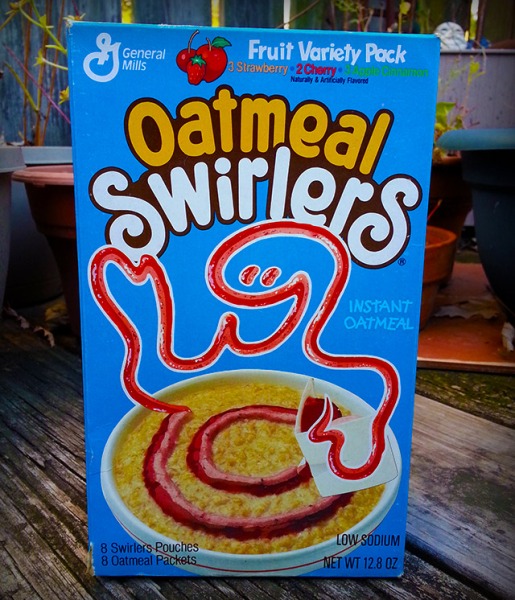 Okay we’re really dating ourselves here, but these were the bomb. If you had siblings, you can probably recall trying to play tic-tac-toe on top of your oatmeal.

Like any other gum during this era, the flavor of Tongue Splashers probably only lasted mere minutes – but the experience was well worth it. It certainly lived up to its name and managed to turn your tongue all sorts of weird shades.

This one takes us right back to summers spent waiting for the ice cream truck to arrive. Of course, the characters never looked as detailed as they did in the ads, but we’ll let it slide.

Tell Us: What snacks do you remember from your childhood?