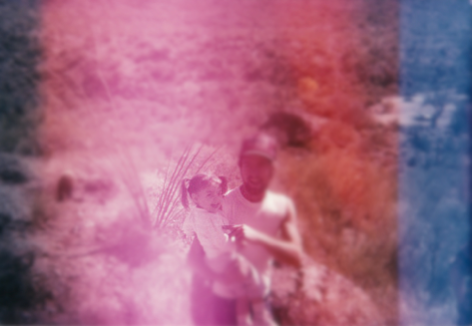 I have daddy issues. But I don’t feel hate towards the male species, or suffer from an inability to love. I often seek men who appear to be the complete opposite of my father, wanting instead someone who is honest, kind, responsible and family orientated. I’ve often noticed that if a man even slightly resembles my father, in appearance or personality, I will avoid that person at all costs. I have daddy issues.

I am filled with wanderlust. My travels are for so much more than discovering new corners of the world; ancient tales woven in modern day adventures. I seek more than foreign airports and cobblestone roadways. I ache to find a home that I feel safe in, that I belong to. I am searching for a home in a person, in a place, in another life that isn’t filled with this feeling that I have been carrying around for so long. This feeling that I am unable to define, a feeling all too consuming. I have daddy issues.

I find it hard to trust people, rarely opening up to the many wonderful people in my life. I hate breaking promises because it reminds me of the many promises my father couldn’t keep. He promised to stop hitting my mother. He promised that he would be home more, to stop smoking and drinking, to spend more time with my sister and I. He promised many things but a day or two later, he would drink the promises away and life would continue on as if the words were never said.  Still, the feelings lingered. I now seek action, not words. Despite the fact that I am a writer, I only trust the movement of limbs, not the motion of lips. I have daddy issues.

I have daddy issues. They have manifested in unconventional ways. I am a free-spirit, an independent woman who doesn’t ever want to need a man to feel validated. I know the sound an automobile makes when the carburetor is on the fritz. I know how to check my oil, my tires, and tinker with the household appliances. I do not need a man to help me with anything, in fact, I often give the illusion that I am too independent, thus scaring off potential lovers. If they only knew: the only real gift I need from a man is the gift of dependability. Maybe then I wouldn’t be so independent. Maybe then I could relax.  I have daddy issues.

I tend to freak out when I don’t hear from a significant other for a long period of time (24 hours plus). I feel as though I have once again been abandoned and hunker down with this doubt and insecurity. I know it’s because my father was never home. He sought refuge with his biker friends, in old wood shops that smelled of pot and Budweiser, leather and exhaust. I only knew of his arrival because I suffered from insomnia and heard his truck pull into the driveway at 3 am. I sleep fine now, but I often wonder if I couldn’t sleep then because I didn’t know how to enjoy the peace. The quiet house felt so foreign to me back then. Even now I sleep with a loud fan on, break up the silence that is too loud for my fragile ears to take. I have daddy issues.

I have daddy issues. I often forgive and forgive until I am the one left feeling empty inside. I hold on with endless hope and faith, unable to see myself withering away. Knowing it’s time for me to walk away but…just one more chance. And yet another. I have daddy issues.

I have a delayed reaction to the shock and surprise that life often hands me, as if my body now requires more time to process what is real, what is fake, and what has been blown out of proportion. I credit this to the time my father pretended to kill himself in front of me and my sister; that time he thought his attempt at taking his own life would be enough to keep my mom from leaving. It was his attempt at saving his marriage, eighteen years too late. I don’t take suicidal thoughts lightly. I don’t take manipulation lightly. Don’t f*ck with me, because I have daddy issues.

I have daddy issues that have changed the pace at which I walk, how deeply I breathe, and the tightness of my hands when someone dares to hold them.  I am who I am because of my daddy issues, and I wouldn’t change it for anything.