If you haven’t heard of Pokémon Go by now you must be living under a rock in a very deep underground cave that no one has discovered yet (probably because there are no PokéStops or Pokémon Gyms near you, in which case you can either consider that a blessing or a curse.) Either way, Pokémon Go has taken over the world and is dominating at being the most used app all while getting people outdoors to do some actual exercise.

As fun as Pokémon Go is, this post is all about safety, because the game is actually becoming dangerous. Who would have thought a simple game would result in harm in the actual real world?

If you haven’t seen the headlines, there was a teen in Wyoming who discovered a dead body while trying to search for Pokémon near a lake. There have been robberies by people who are using Pokémon Lures to draw people to a remote location, only to steal from them. A number of people have crashed their vehicles because they were playing the game while driving. The headlines are building up with stories, so let’s go over a few safety tips so you can enjoy the game and help keep your fellow trainers safe.

Seriously, even Ash always had Brock and Misty with him, so you should have friends with you as well. There is strength in numbers. If you’re a parent, please don’t allow your child to go out on their own to find Pokémon; make sure they are with friends, or tag along with them. It’s a great excuse to take the dog for a walk or go on a bike ride together.

Honestly, even as the game is loading, there is a screen warning to be aware of your surroundings. Do it! I have friends who have twisted their ankles, been bitten by snakes, and other serious accidents because they aren’t being attentive. If you’re crossing the street, look both ways! It doesn’t matter what Pokémon you’re after – if you get seriously injured in the process, you’re not going to catch that Jigglypuff anyway.

Honestly, this should be a given, but some people just won’t give up. If you’re going over 35mph the app won’t even register half the Pokémon in your area so it just isn’t worth it. Save the Pokémon for when you’re walking. The last thing you want to be remembered for is being the person who got in a car accident because they were trying to catch them all.

As mentioned before, some people are placing lures in remote locations to draw unsuspecting Pokémon trainers to them. If the only PokéStop near you with nothing else nearby for miles has a lure, don’t be hasty to go there. It’s better to be safe than sorry. You can get a group of friends together to drive there to scout out the location if you’re that desperate for Pokémon.

If you’re going to be walking around outside for long periods of time trying to catch those Pokémon, be sure to bring a water bottle, snacks, and sun screen. It’s summertime, and the sun won’t care how many Pokémon you catch, because you’ll still get burned. If you’re taking your dog on a walk while catching Pokémon, don’t forget to bring them water as well! Also, wearing a hat won’t hurt either.

Hopefully you find these tips helpful and stay safe out there while playing!

One thought on “5 Safety Tips For Playing Pokémon Go” 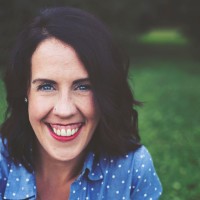