I like to put a positive spin on what might otherwise be considered my less than desirable personality traits. When a bit of over competitiveness sneaks its way into a game of Yahtzee or Cornhole, I label it as passion and perseverance. When the towels have to be folded and the dishes have to be stacked in a certain way, I call it systematic and organized. And if I’m overthinking something for the 20th time in one day, it’s merely analytical. So then, it’s natural for me to explain my desire for better, in myself, circumstances, and future, as ambition.

Because being motivated is an admirable characteristic, right? After all, why be good If I can be great?

We can all acknowledge that as parents drop their kids off at school this year, they aren’t calling out the car window to “Be average and get ‘C’s!”

We aren’t encouraged to hustle, work, sweat, and pray our way through life to become mediocre. And in most ways, I’d wager to say that’s a good thing. That drive helps us to unlock our potential, to hit goals we wouldn’t achieve if we didn’t set them in the first place, and to overcome feeling stagnant by striving for something bigger than ourselves.

Yet, in the journey towards becoming my best, if not the best, I think there’s a minor loophole. And I distinctly remember the moment I discovered it during my freshman year of high school. Looking back now, it’s most likely when I also first developed an ounce of self-awareness.

After a long and less than stellar day, I opened the door and plopped myself into the passenger seat of my mom’s car, looked at her through teary eyes, and declared what I’d unveiled, “I’m just average.” I then carried on in detail about my failed Honors English essay, my not quite popular status, and my JV level soccer skills.

After an unsuccessful attempt to convince me otherwise (my stubbornness is one of the traits I try to spin as a good thing), my mom settled for turning up my favorite Michael Jackson song, The Way You Make Me Feel, and baking me a batch of homemade chocolate chip cookies.

Somewhere between the sound of the music coming through the stereo and the satisfying taste of chocolate, I found a comforting feeling of contentment to accompany my disappointing ‘ordinary life’ epiphany. I still wanted more for and better of myself, but I also noticed that what I already had was pretty damn good.

In the quest for the perfection, I all too often overlook the simple beauty in everyday life moments. I miss feeling satisfied with what I have and with what I am as I reach with laser focus for what is next.

Admittedly, I still want great. But maybe the “average” version of myself that I discovered during my freshman year of high school wasn’t as bad as I made her out to be, and perhaps, the imperfect me of today who sometimes wears her yoga pants inside out and can’t stop watching reality TV isn’t without purpose either.

Maybe I need to start accepting myself the way I am right now so that I can start embracing others for who they are right now, too. Because the world needs us. Struggles, uncertainties, perceived shortcomings, eccentricities, and all.

One thought on “Embracing The Good On The Journey Towards Great” 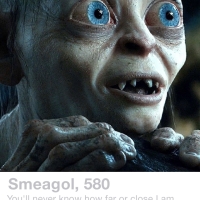