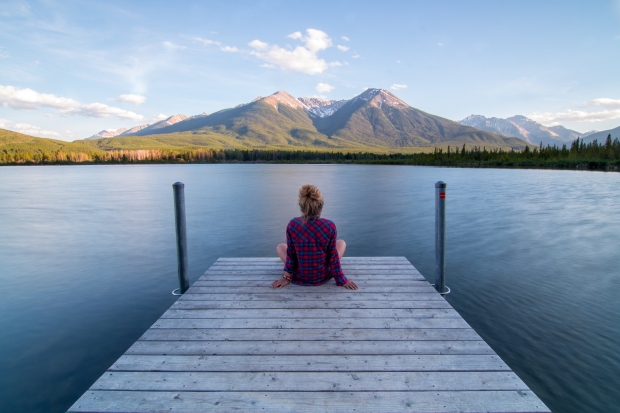 As I approached 30 I was big fan of reading essays about what older women would tell their younger selves if given the opportunity. All the words of wisdom made me feel that I had truly learned something from the trials and tribulations of my more uncertain years. It was easy to even feel a sliver of smugness over the girl I no longer was thanks to hindsight.

But along with getting older, making informed decisions, and becoming a more emotionally balanced person, I discovered that there had been a tradeoff I was unaware of. I worried less, but I took fewer risks. I had learned to say no to the things I really didn’t want to do, but had forgotten to say yes to the unexpected.

It was time to flip things around. I needed advice from my childhood self.

Dare to let your dreams change as often as you want

When you’re in elementary school you can want to be a nurse, a dog, a ballerina, a fire engine, a soccer star, an artist, whatever you are passionate about on any given day and it’s met with encouragement. Maybe baffled encouragement, but the theme always seems to be that this broad spectrum of enthusiasm is brilliant.

For many years I dreamed of being a writer. My fifth grade English teacher wrote in my yearbook that she looked forward to reading a novel of mine someday. When it was time to choose a path for college I was deciding between English or Theatre. I chose Theatre as it was what I was most passionate about at that time. I would never trade my years in that department, but it would have been foolish for me to stick with that path once the passion diminished.

Altering your personal or professional courses in life can feel daunting, (why did I spend all that money on that degree? Will I have to start from the bottom?) but you’re more likely to find what truly satisfies you.

Try to figure it out on your own

We didn’t have the money for tumbling classes but I wanted to be able to do cartwheels, roundoffs, and even one-handed cartwheels like the other girls I admired. So I just started trying arm and leg stances and movements that might work. I whipped by body around over and over and over, until I began to learn what yielded bruises and what earned me a perfect landing.

I didn’t wait for someone to teach me, I figured it out for myself.

In a world of seminars, conferences, and TED talks, it can be easy to wait for someone else to show you how to do something. There is wisdom in that, but sometimes you need to dare to channel your five-year-old self and figure things out organically, in the way that works best for you.

Have dessert for dinner

How many of us dreamed as kid of the moment when we would be grown up and we could have dessert whenever we wanted? Most of the time running full tilt into that dream leads to stomach aches. But sometimes it’s the right answer. Many of us are still trying to relearn that food is morally neutral, that there is no such thing as “good food” or “bad food”.

You’re not “being so bad” by having ice cream for dinner. In the peak heat of the summer the occasional ice cream for dinner was exactly what I needed to keep from having a meltdown. Maybe I’d follow it up later with a sandwich or a salad, maybe I wouldn’t. Toddler-you didn’t attach guilt to food and you don’t need to either.

Have an adventure in your own backyard

Yes, imagination was a big part of what made hours in my literal backyard so much fun, but it was also the mindset that I already had all I needed in order to have a good time. After living in Chicago and New York City I was a little wary of moving back to my hometown. Would it feel too small? Too lacking in culture? If I had kept that doubtful mentality, it absolutely would have turned out that way. But I decided to reintroduce myself to the area. I sought out independent coffee shops which led to passing by little boutique stores or discovering a new garden. I explored restaurants and walking paths.

I’ve been here for two years now and I still do my best to find the mini-adventures in what could otherwise be mundane. I will always love to travel, but ten-year-old me knows there’s a lot of fun to be had right where I am.

Casey Rose is part of the Contributing Writer Network at Thirty On Tap. To apply to become a contributing writer, please click HERE.