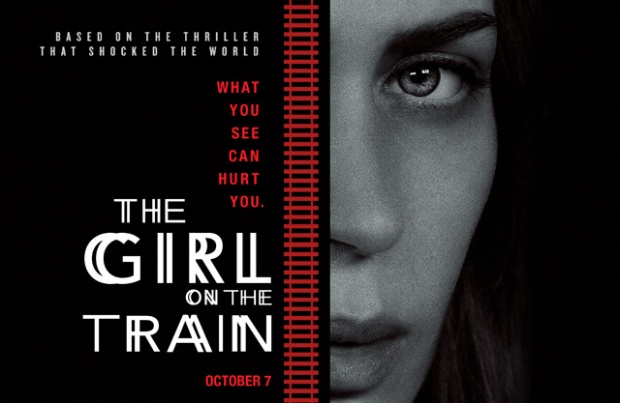 Last year, we were quickly captivated by The Girl On The Train and flew through its suspenseful, borderline frustrating, storyline. We often found ourselves wishing that we could hop into the pages of the novel, take a seat next to Rachel, and solve the damn mystery already.

We’ve been looking forward to the film adaptation of the psychological thriller ever since it was first announced and we will be making our way to the theaters – partially for the popcorn – but mostly to watch the story unfold onscreen.

In anticipation of this book to big screen release, we’re sharing 10 of our favorite novel turned blockbuster hits.

We’re still not entirely sure who we were rooting for or against in this batshit crazy thriller. Regardless, the dynamic and multi-dimensional cast of characters paired with twists we never saw coming made for an incredibly entertaining read and watch combo.

Set in 1962, the eye opening experiences and wisdom gained throughout The Help are as relevant and important in today’s world as they were decades ago.

Considering almost everything Nicholas Sparks pens eventually makes its way to the big screen, we had a variety of southern romances in the running. Ultimately, the part-love story, part-suspenseful storyline of Safe Haven stole a spot on our list.

Emily Giffin has a perfect way of writing stories that are totally ~controversial~ and yet you end up siding with all the characters. The film version of this book was just as good.

It wouldn’t be right to have a list of amazing books-turned-movies without The Hunger Games. The films perfectly translated what we imagined onto the big screen.

The Fault In Our Stars

Not sure which one made us sob more, but both the book and the film are perfect for when you need a good, ugly cry.

While we’re on a John Green kick, let’s mention Paper Towns, which translated perfectly from page to screen. That Pokémon scene especially.

If you had told us several years ago that this Jonathan Safran Foer novel was going to be turned into a movie, we would have thought you were crazy. Like, how? HOW would that work?! But it did. And it was amazing.

The Lord of the Rings Trilogy

Tell Us: What’s your favorite book made into a movie?

One thought on “Read This, Watch That: Our Favorite Books To Hit The Big Screen”