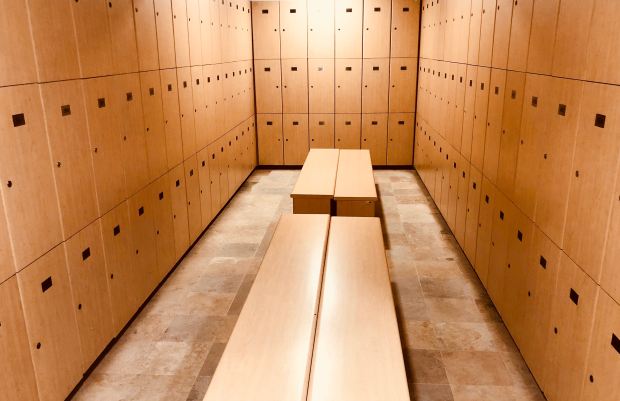 I spend a lot of time talking about women. Particularly, how women are undervalued and limited in our current society. I look at Hillary Clinton, and I see myself. I see my sisters and my mother and my friends. I see a game that is rigged. I see rules that cannot be met. I see unfair standards and biased accounts and sexist undertones.

We’ve seen the way Donald Trump talks about women. It’s not just demeaning and insulting, it’s sexual assault. It’s violent and grotesque and unacceptable. Trump claims it’s just “locker room talk”, just innocent “boys will be boys” banter. It’s not. It perpetuates rape culture. It normalizes sexual violence. However, it’s important to remember that this kind of sexual assault and violence transcends Donald Trump. It has been glorified in our culture for decades. It’s in our movies, our music, our video games. There’s been lots of well-deserved criticism over Trump’s comments, but how many times have you seen that exact scene played out in a movie or a television show? It’s a bad stereotype, an unimaginative trope. Obviously, that doesn’t make Trump’s words any less acceptable or any less dangerous. It’s inexcusable. But as long as these things still exist, as long as the stereotype of the guy that brags about forcing himself on women is still revered, blaming Donald Trump isn’t enough. It’s not getting to the root of the problem. It’s not addressing what’s really going on.

Our culture teaches women that in order to be valued, they must be attractive. In the same vein, society teaches boys that in order to be important they need to adopt the traditional roles of masculinity. The rules are obvious: be tough, don’t show emotions, make money, sleep with as many women as possible. We glorify the role of the macho man, the rich guy, the ladies’ man. He’s James Bond. He’s Bruce Wayne. He’s Don Draper. He’s literally any man in Game of Thrones. Men have their own set of unfair gender roles, many of which are harmful and outdated.

And yes, we expect men to know the difference between right and wrong. We expect them to know the difference between fantasy and reality. We expect them to know that the behaviors they see glorified in the media aren’t necessarily the same ones we want them to replicate in society. But we know from studying the effects of the media’s portrayal of women, that this is easier said than done. If you see something enough, you are bound to believe it. You internalize it, you normalize and glorify it. It’s human nature.

Society has spent a lot of time teaching women how to fight and overcome and ignore gender stereotypes. We talk about it. We discuss it. We have role models that show us how to do it. We are unlearning what it means to be a woman. We are getting stronger.

We’re not doing the same with men and boys. We get mad, of course, when we hear men objectify women. We don’t like mansplainers, or catcallers, or abusers. We don’t condone that type of behavior. But on a cultural level, we’re not actively teaching them anything else, either. We aren’t giving them any tools to change. As Gloria Steinman says, “we’ve begun to raise our daughters more like our sons. But few have the courage to raise our sons like our daughters.”

She’s right. We are raising our women to be strong, to be independent, to reach for more. But what about the boys? Who are we telling them to be? How are we teaching them to behave? Are we doing anything to alter the way they see the world?

I’m guilty of this myself. I want my sisters to look at Hillary Clinton and know that they can do anything. I want them to look at her and think, “that could be me someday.” And at the very same time, I want my brothers to look at Donald Trump and literally RUN in the opposite direction.

I’ve taken time to mentor my sisters, to teach them what it means to be a strong woman in today’s society. I write about it, I think about it, I study it. It’s something I’m incredibly passionate about. I’ve spent an inordinate amount of time thinking about how to be a strong woman, but I’ve never spent a single second thinking about how to teach my brothers, or my future sons, how to be kind and strong men.

If we want to stop rape culture, if we want to end “locker room talk” once and for all, we’ve got to do a better job at teaching our boys how to become kind and compassionate men. We need to stop making success and money and career advancement the main metrics we use to measure men in our society. We need to stop associating being a “ladies’ man” with being a respectable person.

Donald Trump is the byproduct of a culture obsessed with traditional masculine values. He is rich. He is powerful and ambitious. He can get with women. He brags about it because he knows he has what we have taught men to want. He literally is the embodiment, the definition of success for men. Except, he is a villainous pig with no moral center. Except, he is an entitled bigot. Except, he is a racist and a sexist and a horrible human being.

We need to teach men that being a kind and compassionate human being is more important than being successful and rich. We need to model that behavior in the media. We need to spend time mentoring and investing in our young men the way we do with our young women.

If Donald Trump is the embodiment of masculinity, then it is time for us to get a new definition. And then we’ve got to start teaching men how to live up to it.

Photo by Raúl Lazcano on Unsplash

One thought on “Reclaiming The Locker Room”