Drake, the sensitive guy whom we’ve all learned to know and love for his introspective, crafty, and vulnerable lyrics has disappointed the Internet and fans alike in a big way. In his new song released yesterday, “Two Birds One Stone,” the rapper dissed Kid Cudi for his struggles with depression and suicidal urges – battles which led Kid Cudi to check himself into rehab, as he announced on Facebook on October 4th. END_OF_DOCUMENT_TOKEN_TO_BE_REPLACED

By De and Kate

Welcome to our very first edition of Ask De and Kate, Thirty On Tap’s official advice column. Today, we are helping out readers Glory and Ash who both wrote in with some relationship questions. Read on to see what they wanted to know!  END_OF_DOCUMENT_TOKEN_TO_BE_REPLACED 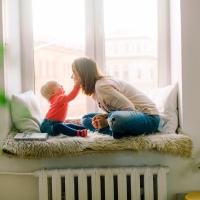