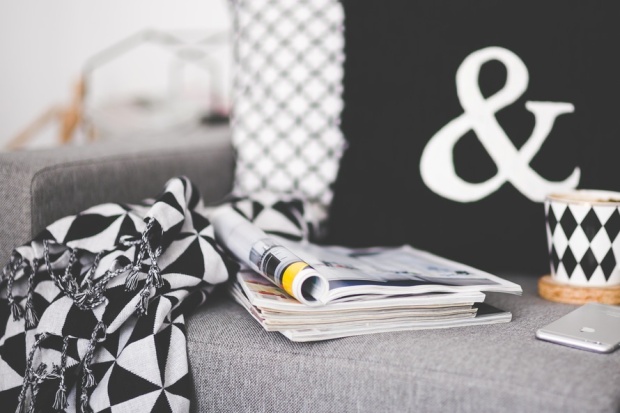 I hate minimalism. I hate reading about James Altucher’s backpack, or tips on minimalism from blogs or seeing the large empty white spaces on Instagram. I hate it all, but I’m addicted.

I’m addicted because it’s a fantasy world that I can’t live in.

Don’t get me wrong, I’ve tried. After reading The Life-Changing Magic of Tidying Up last year, I faithfully followed Marie Kondo’s advice and sorted through my entire 1,200 square foot San Antonio apartment. It took almost two weeks between work, cooking, and doing all the other actions necessary for a normal life to progress, but still, I ended up with more stuff than what was needed to “bring me joy,” as the book had suggested. How could I part with my waffle-maker, roller blades, or childhood notebooks? I didn’t feel the “spark” of joy when I touched those items, but throwing or donating those items seemed one step too far.

We had moved from a Kansas home of 1,100 square feet (though the attached single-car garage proved to store more miscellaneous, but somehow essential, junk, than we had realized until it arrived in Texas at our new place), to a downtown San Antonio two bedroom apartment, where our household goods didn’t quite fit. We had crammed a six-piece patio set, a grill, and a giant cast iron fire pit (my pride and joy) on our first floor patio, and the result was ludicrous. The table abutted the glass sliding doors, leaving no room to sit on the chairs, and unfortunately, we couldn’t use the grill or fire pit, living in a city and having three floors of neighbors above us who we didn’t wish to roast accidentally.

So, out it went — along with the rake, the snow shovel, and the wet-saw tile cutter (leftover from my home improvement project a few years prior).

But, unlike the advice I found on countless blogs, Medium, and Instagram #minimalist posts, I didn’t feel liberated. I felt scared.

Scared that we’d have to re-buy all these items within the next few years, with money we quite possibly wouldn’t have. One of the biggest complaints against people like James Altucher who preach the gospel of possession freedom, is the privilege that is inherent underneath their words of minimalism wisdom.

I’m not smart or patient enough to lay out all the evidence, but Arielle Bernstein, does in her article for The Atlantic titled: “Marie Kondo and the Privilege of Clutter.”

She writes, “Of course, in order to feel comfortable throwing out all your old socks and handbags, you have to feel pretty confident that you can easily get new ones. Embracing a minimalist lifestyle is an act of trust. For a refugee, that trust has not yet been earned. The idea that going through items cheerfully evaluating whether or not objects inspire happiness is fraught for a family like mine, for whom cherished items have historically been taken away. For my grandparents, the question wasn’t whether an item sparked joy, but whether it was necessary for their survival. In America, that obsession transformed into a love for all items, whether or not they were valuable in a financial or emotional sense. If our life is made from the objects we collect over time, then surely our very sense of who we are is dependent upon the things we carry.”

I too, come from first generation American parents. Before thrifting was socially acceptable, my mom brought us to all second hand stores to find our school clothes. While my peers wore the latest Adidas classics, I contented myself with Payless knockoffs, or shoes we found at a garage sale.

But, what also was inherent in my childhood was my parents (and grandparents) philosophy on keeping possessions. After losing everything (family, homes, entire villages) in Ukraine due to Stalin’s mass starvation of over 4 million Ukrainians and World War II, where they were interned on German work camps, my grandparents from both sides of my family, immigrated to the United States in the 1950s. Finally, they could build a household without the immediate fear that everything would disappear. So, possessions became an extension of security.

The thought of just tossing everything out, while liberating, rests on the premise that you will be able to replace what you need. Not all of us are digital nomads, or trust-fund children, or even loan-worthy.

That’s why I’m disgruntled with minimalism. If you’re a functioning, semi-normal person of society, you do have to own things that you need, which take money to acquire. I’d love to rid myself of pounds of possessions, but I know that I need them in order to function in society, (which yes, I do choose to do), I need a certain amount of things. So, instead of spending time looking at a lifestyle that I can’t embrace, I’ll spend time using, and enjoying the items that I choose to fill my life with.

Someday, perhaps, I’ll be at a point where I can easily shed a house full of memories, things, clutter, whatever you wish to call it, but right now, I’m not there.