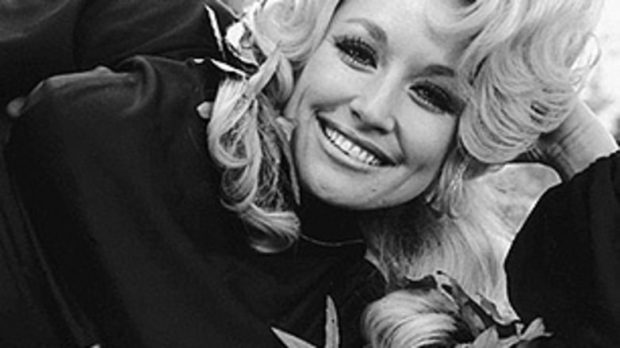 Dolly Parton, a name that evokes mental images of big hair and even bigger bosoms, is a person of far greater substance than her image might suggest. From a limited point of view, Dolly is nothing more than sex on parade. But to the open mind, she’s a vital part of the feminist movement. At this point in history (or herstory) feminism has become a sort of umbrella under which exist many categorizations and variations of the common, universal goal: freedom and equality. I’m sure not everyone will agree but here are some reasons why I think Dolly Parton is an important feminist icon.

Aside from her famous curves, Dolly is also known for her extravagant wigs, elaborate makeup and long acrylic nails. She doesn’t mind the constant questions and comments about them either. Honestly, what a trooper. How many of us would (or already have) tire of constantly being asked about our appearance? Having ever the good sense of humour, she is always in on or one step ahead of the joke. She has stated that she’s “not offended by all the dumb blonde jokes because I know that I’m not dumb… I also know that I’m not blonde”, and “I know some of the best Dolly Parton jokes. I made ’em up myself.”

Made quite obvious by the above points, Dolly doesn’t care what anyone thinks about her. Having a thick skin is not only important in an industry where every part of your image is scrutinized but also in a society where women are sadly devalued for factors such as appearance and age. Dolly’s defiant but positive attitude towards the judgement she has so often received is a good example of someone who understands what it means to have to fight to be taken seriously, and a good reminder that you can play the game, kick ass and take names with a grin. The critics won’t even know what hit ‘em.

She cares about people.

She has said in interviews that she wears her emotions on her sleeve and it’s pretty apparent by the way she treats people. Dolly has stood up for LGBTQ+ causes and animal rights over the years, and just last year she donated 1K/month for six months to every family affected in the Sevier County, Tennessee wildfires. She has also poured a lot of money into literacy projects, reflecting her understanding that education, specifically the ability to read and write, were her ticket out of poverty. She has spoken extensively about her “hillbilly” upbringing, and advocates for staying true to where you came from and always being kind and empathetic to others’ experiences.

Dolly writes her own songs (did you know that she wrote I Will Always Love You?), plays guitar and sings phenomenally. She even wrote a Broadway musical based on 9 to 5, the über-famous feminist flick she starred in. She makes it look so easy, heels and all.

Sure, it’s scripted, but she plays that part with such conviction that you know it’s her God’s honest truth. Go watch it. Go!

In short, Dolly Parton is no different than some of the newer crop of feminist icons such as Amber Rose, Kim Kardashian or even Miley Cyrus (her goddaughter). Women who are in charge of their lives, their brands, their worlds. She helped carve out a different, slightly more colorful path for those of us who want or need it and I will forever be grateful for that. Happy birthday, Miss Parton!