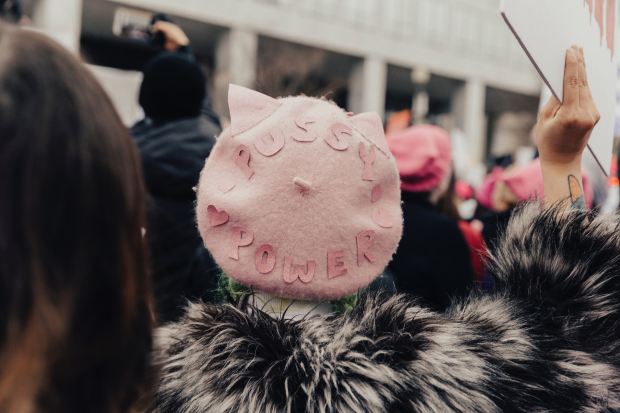 When I first heard about the Women’s March in Washington, D.C., that would follow the inauguration of Donald Trump, I was determined to join. It felt like the first real action I could take to potentially make a difference—an action that would fly in the face of the sexist, racist, divisive rhetoric coming from Trump and his cabinet.

I booked a plane ticket from Chicago and made lodging plans that wouldn’t break the bank, but, unfortunately, those lodging plans fell through at the last minute. Unable to find another affordable and safe option in time, I decided I would go to the Chicago Women’s March instead. I was disappointed I wouldn’t make it to D.C., but little did I know that marching in Chicago would turn out to be even more inspiring.

I attended the march with a good friend and three other women. I woke up at 6:30 a.m., so I could meet them around 7. I put on my favorite feminist T-shirt and grabbed my DSLR camera. I never wanted to forget what would transpire that day.

The rally started around 10 a.m. and the march at 11, so we caught the train to downtown Chicago at 8. We figured it would take longer than the usual hour with the number of people utilizing public transportation that day—and we were right. Each train car headed to the rally point in Grant Park was filled to capacity with women and allies wearing pink hats and carrying clever signs, along with a buzz of excitement and determination I’d never felt on the train before.

The number of march participants was originally projected to be around 22,000. Then it grew to 50,000. The march organizers had to move the rally point in order to account for the increase. By the time the march was supposed to start, 250,000 people were flooding the area. At the time, we had no idea the crowd had gotten that big, or that organizers canceled the march and asked everyone to stay at the rally point, because they felt like they could no longer ensure our safety along the designated march route.

Apparently, we weren’t the only ones who didn’t hear the news. Around 11:30 a.m., the crowd started marching en masse toward the first leg of the route, which would eventually end at Trump Tower. While the rally point had been a bit stagnant and confused, the march was completely fluid. I was mesmerized.

Daughters were sitting atop fathers’ shoulders holding up “Girl Power” signs. Sons were proudly carrying signs asking people to love each other. Everywhere I looked were signs defending reproductive rights and body autonomy. Or exclaiming that black and trans lives matter. Or reminding deniers that climate change is real, or that no human being is illegal, or that feminism that isn’t multicultural isn’t feminism at all.

Everyone would pause when trains passed by on overhead tracks, because conductors were slowing the trains down to allow passengers to wave and cheer us on. And, sometimes, the conductors waved, too.

People were waving and cheering from the windows and on top of surrounding buildings; one trio of teenagers were dancing around and waving signs that told us to march on, and that they loved us.

I watched half a dozen people help a woman in a wheelchair get up a curb when the path was blocked. Everyone cheered when she was able to continue moving forward.

By the time the march ended, my feet were tired, but my soul was invigorated. I was bursting with pride for my city.

I know the marches in Chicago and around the world weren’t perfect. We all still need to work harder to make every woman feel welcome and included, whether or not she has a uterus. White allies need to respect that women of color who came before us inspired movements like these, and died for movements like these. We need to apologize for not being there for them sooner.

If the march in Chicago has taught me anything, it’s that we are capable of helping each other, loving each other, and advocating for each other. We can’t allow the momentum and spirit of these marches to decline. I hope connections were made and eyes were opened. Whether Trump will admit it or not, this is just the beginning. 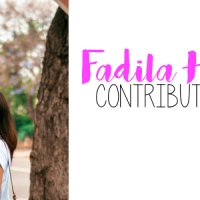