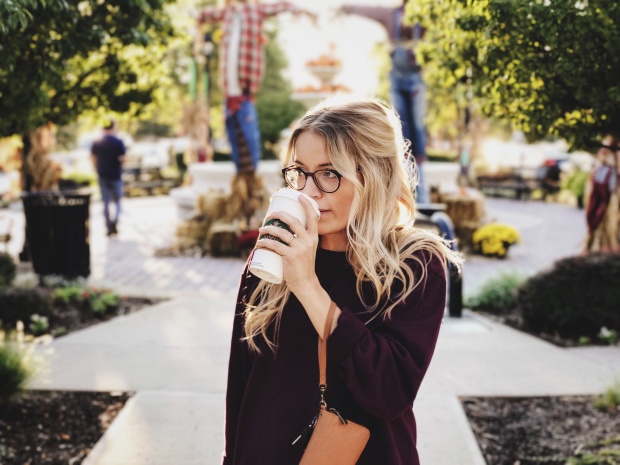 Being vulnerable is not fun nor glamorous, because it requires a willingness to expose that which we would rather keep hidden. It leaves us at an increased risk for danger, disappointment and sometimes even regret. Rarely do we choose to succumb to vulnerability, but often we are forced into it through circumstance.

Why do we do it? Why do we put ourselves out there? Why bother? The answer is because vulnerability is crucial for personal growth and is key to living a purposeful life.

My first real experience being truly vulnerable came this year.

I accepted a job in Minneapolis, Minnesota, over 1300 miles from the place I called home. A twenty-two year old, starting over in a new city, meeting new friends and saying goodbye to the old. It was a scary time. In the process of reflecting on my journey, I discovered what an important role vulnerability played in it.

At first, waking up in a strange city, populated by people with endearing personalities and funny accents was exciting. I felt as if I had conquered the world by moving to Minnesota. When I wasn’t working at my new job, I was driving my little Subaru from the suburbs of Saint Paul into the city to discover all that Minneapolis had to offer. Despite all of the warnings I received about the impending extreme winter weather, I felt like nothing could bring me down.

After just a couple weeks of exploring, I had discovered the city’s best farmers markets and coffee shops. I even landed myself a part-time job as a barista. I was making decent money; I started booking trips and buying things I wanted, all while having enough cash leftover each month to pay my car payment. But after a month or so, the shiny newness of my recently conquered territory began to wear off and I started feeling a serious lack of belonging. I had difficulty making real connections, I began struggling with my work, and ultimately, I felt stuck.

I found myself complaining to just about anyone who would listen, and after awhile I could hardly stand listening to myself. I needed to figure out once and for all what was bringing me down and squash it. In mid-October, I had a major wake up call; I realized that rather than living from a place of vulnerability and embracing it, I was doing everything in my power to push it away. The emotional armor I had built was keeping me from making new friends and creating a beautiful life for myself. I realized what I truly needed was to dive head first into uncertainty. In said uncertainty pool is where I would rediscover things that felt like home, not in a literal sense, but in passions and activities that once upon a time made my heart grow bigger with purpose.

I started reading again; I read just about every self-help book I could get my hands on. I attended weekly dance classes and began practicing yoga religiously. Every time self-doubt or fear would rear its ugly head in a desperate attempt to take me off course, I would write my feelings down and make a plan of action as to how I could redirect my thought process for next time. Through this effort, I realized that vulnerability is not a saboteur, but the starting point for things to come together.

Not unlike playing a game of chess blind, we sometimes have no other choice but to leave our lives up to fate. Moving across the country taught me that everything worthwhile in life takes some level of risk. Without vulnerability there is no progression or reward, but rather a constant state of comfortability. As hard as feeling vulnerable can be, I knew that remaining stagnant was never something I wanted. If not for embracing vulnerability for all that it is and taking a risk by accepting the job, I would not be in the position I am in today, both personally and professionally.

So, how do we go about embracing vulnerability and use it to our advantage? First, we must accept that it is the greatest vehicle we possess in driving us to meet and exceed our goals. It opens us up to opportunity and a powerful forward momentum. In order to learn and grow, we must open up and reveal our true selves. We must be fully exposed to the unknown and accept it for all that it is.  A vulnerable state can bring about feelings of anxiety and fear and it’s only human to want to evade these feelings. But, fear of the unknown, and the feelings associated with it, exist only to signal us that change is ahead, not hold us back from it.

Moving through life with calculated measure and fighting uncertainty is perhaps more terrifying than putting yourself out there after all.  And you know what, in retrospect I think I am better and stronger because of my most vulnerable moments, and I think you are too. I urge you to go take a risk, put yourself out there and rediscover something that you once enjoyed. Because who knows, you just might find yourself in the process.

2 thoughts on “Finding Purpose In Vulnerability”