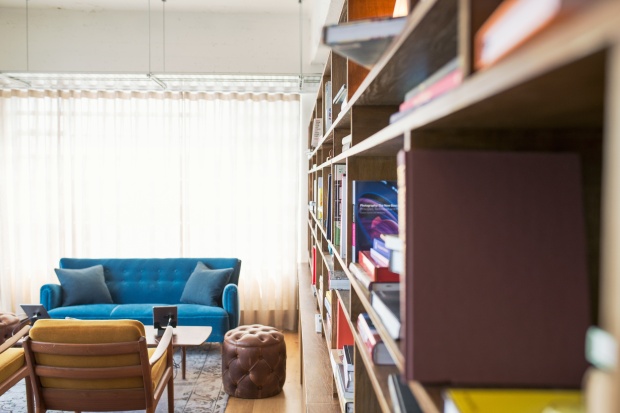 There is something about watching a well-researched and beautifully-filmed documentary that refreshes my desire to be a life-long learner. If a topic peaks my interest, I generally head to the library to find a book to read but a documentary fills in the visual gap, adding the images and emotion that a book cannot. Over this past year, thanks to Netflix, I have discovered and watched seven excellent documentaries that everyone could benefit from watching.

Empire of the Tsars: Romanov Russia with Lucy Worsley (2016)

I loved this 3-episode documentary for two reasons. First, the three centuries of tsar-rule in Russia is absolutely fascinating. With larger-than-life figures such as Peter the Great and Catherine the Great, Russian history from the 1600s to the murder of Nicholas II and his family in 1918 is filled with intrigue, wars, power, wealth, and the cruel and appalling conditions of serfdom. Secondly, Lucy Worsley has quickly become my favorite historian. She is the Chief Curator at Historic Royal Palaces (the organization which preserves six of England’s most famous buildings) and an author and television presenter. Her ability to tell a story draws you in every time.

If you love the show “Storage Wars” then you will love this film. Directed by John Maloof and Charlie Siskel, it tells the story of a New York City-born nanny whose brilliant talent for photography was not discovered until after her death. The bulk of her work is from the 1950s to the 1990s and was brought to light by Maloof who bought a couple boxes of negatives at a thrift auction house in Chicago not fully understanding the treasure that they held. Maloof continues to reconstruct her archive and has been able to send exhibitions of Maier’s work all over the world. Her gift for street photography – showing the beauty in everyday life – is absolutely breathtaking.

This eye-opening documentary, written by Ava DuVernay and Spencer Averick and directed by DuVernay, wades through the statistics, stories, and history behind the U.S. Constitution’s 13th amendment and its links to the current U.S. prison system. The 13th amendment formally abolished slavery in the United States after being passed by Congress on January 1, 1865, and ratified by the states on December 6, 1865. Throughout the documentary scholars, activists, and politicians analyze the links between the two and introduce viewers to the many reasons behind the mass incarceration of African Americans today. It is a very heavy and thought-provoking film that is completely worth your time.

Written and presented by Dr. Amanda Foreman, prize-winning author and columnist for The Wall Street Journal, and created for BBC2, this ground-breaking, 4-part documentary tells the history of women from the dawn of civilization to present day. I have only watched it once but need to re-watch it because Dr. Foreman tells many amazing stories and it’s hard to fully process it all in one sitting. Throughout the documentary Dr. Foreman travels the world to visit historic locations and talk to experts on many different topics within women’s history. She brilliantly defends the idea that “whether you look to the past or the present, the inclusion of women in the public space – from the economy to culture – is a vital component of a prosperous and peaceful society.”

One can only hope to be as full of life and energy as Iris Apfel, who was 93 years old at the filming of this beautiful documentary and still working. Directed by the late, equally brilliant Albert Maysles, director of Grey Gardens and Gimme Shelter, this film leads you into the world of Iris, a style maven who has impacted the New York fashion scene for decades. From her signature oversized glasses to her chunky, colorful jewelry, to her closets full of designer clothes she will inspire you to do what you love and embrace creativity. By the end of the film you will absolutely fall in love with her and her husband of 66 years, Carl.

Before watching this documentary I have to confess that the extent of my knowledge of the ballet world came from the 2000 film Center Stage. Not exactly a complete education on the art of ballet. The experience of watching this documentary is exactly why I continue to seek out other worthwhile documentaries to expand and broaden my knowledge. A Ballerina’s Tale tells the story of the courageous, determined, and talented Misty Copeland, the first African American woman principal dancer for the American Ballet Theatre company. What shocked me the most was that this amazing accomplishment took place in 2015. 2015! Written and directed by Nelson George, this film opened my eyes to many things and showed me that although our society has come a long way, it still has a ways to go.

Nina Simone, the “High Priestess of Soul,” began her career as a classical pianist but was denied entry into the Curtis Institute of Music in Philadelphia. That closed door was a turning point for her. In order to make ends meet she auditioned in 1954 to sing at a bar in Atlantic City, New Jersey. The rest is history. Director Liz Garbus culled through hours of interviews and performances to create a moving documentary about the rise and fall and legacy of Miss Simone. Including current interviews with her daughter and close friends, this film showcases the talent and tenacity of one of the greatest artists of the 20th century.

One thought on “7 Must-Watch Documentaries”