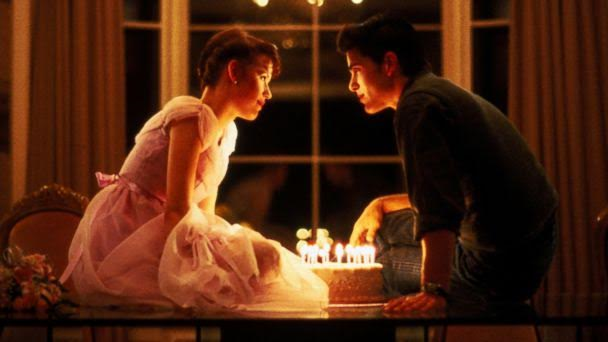 That’s an odd way to start off this post but it’s significant. Stay with me on this.

According to the all-knowing Wikipedia, I was born just in time to qualify to be a member of Generation X. I grew up in the Eighties and can remember a few epic moments of pop culture from my childhood.

Marveling at Michael Jackson moonwalking on the Motown 25th Anniversary Special, his glitter and glam entrancing me.

Watching as Elliott and his bike-riding buddies go airborne with E.T., excited to be at my first visit at a movie theater.

Singing along to my mother’s Purple Rain album, swinging my ponytails to Prince’s guitar riffs.

All great memories, but I would be remiss if I forgot to hype up the actress whose roles shaped the earlier part of my childhood. Molly Ringwald (who turns 49 today) and I didn’t have much in common when I saw the first movie I grew to love her in: 1986 teen classic Pretty In Pink. She was a teenage white girl from Cali and I was a black second grader on the Southside of Chicago. That’s how dynamic Molly was to a young girl like me. From Pretty’s Andie to Samantha in Sixteen Candles, Molly was the girl next door who happened to say ‘fuck’ every once in a while.

As expected, she outgrew the high school antics formulated in the John Hughes’ films that would make her and the rest of the quintessential Brat Pack (costars like Emilio Estevez, Jon Cryer, and Andrew McCarthy) household names.  Molly stepped into more adult roles before moving to Paris to pursue a career as a songstress. She continued honing her craft in acting with roles on Broadway and on the small screen, most notably as Anne in the show The Secret Life of the American Teenager – one of my favorite television dramas of the past decade. The biggest draw of the show for me was not only seeing Molly in action again, but seeing her in a role that rings true to me as an adult: mother.

But before she was a divorced mother, a pregnant newlywed teenager, a poor high schooler with a passion for pink, or a spoiled suburban princess, Molly was…

Our introduction to the actress was on the classic sitcom The Facts of Life. The high-strung Molly made her biggest impact on the series by being a reluctant child of divorce. It brought the conversation of co-parenting to the forefront for the show’s audience.

When she strutted into Shermer High to serve her detention time wrapped in Ralph Lauren Everything, I’m not ashamed to say it: I wanted to be The Princess. Molly brought a humanity to her role in the definitive teen movie The Breakfast Club: Claire, a student whose life was dictated by popularity and a sushi-for-lunch mentality. Claire was unlike the less-sophisticated Samantha Baker in Sixteen Candles and an even starker contrast from one of my favorite characters in cinematic history…

I don’t think there was a movie character I resonated more with as a teenager than Pretty in Pink’s Andie. She rejected the vapid high school popularity contest, lived in record and thrift stores, and loved the color pink in all of its glorious shades. While I had the biggest crush on Duckie, I wasn’t upset when Andie chose Blaine in the end. Andie went with her heart, an act that was honest and raw (even if it wasn’t very smart!).

When a movie character interrupts dinner with the line “I’m pregnant. Please pass the turnips,” it’s guaranteed that she’ll take you on a roller coaster of emotions.  For Keeps?, a coming-of-age dramedy about the trials of a young couple dealing with an unexpected pregnancy, is one of the lesser-known movies of Molly’s filmography.  Despite that, I can’t help but think it was a foreshadowing of the most realistic grown-up role of hers to date…

Molly’s acting resume came full circle with her role in the drama, The Secret Life of the American Teenager. This time, her character was the mother of a pregnant teenager.  What was innovative about Anne was that, even though her expectant daughter was the central focus of the show, Anne had some juicy drama of her own.  Her story arc took viewers through her divorce, an engagement to her boss, coming out as a lesbian, and – yes – an unexpected pregnancy of her own.

Rare is the child actor that you can grow with into parenthood.  My fellow Generation Xers are blessed in that department. Cheers to Molly Ringwald – actress, singer, dancer, writer, and fellow February baby. I hope no one fucking forgot your birthday. 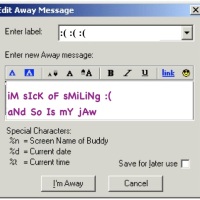