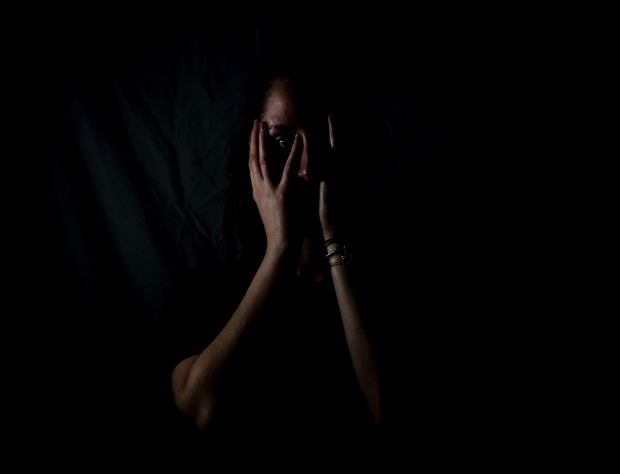 I remember the uncharacteristically warm November night. I remember walking down the street with my winter jacket open. I remember the brand new black-and-white striped sweater I was wearing, so new it hadn’t even been washed yet. I wanted him to see it. I thought he’d find it cool. He was 35, I was 24. I just wanted him to think I was cool.

I don’t think he ever did. He never called me his girlfriend. I pretended that didn’t bother me. In the year we spent together, I never understood why I wasn’t good enough when I did everything he ever asked of me and more. He broke up with me many times, for good the August preceding the assault. I wanted to finally move on from that emotional nightmare, so I did. He saw that and didn’t like it.

By November 21, 2014 I had started seeing someone else. But still, when he invited me to his show that night my heart was stronger, so I accepted. We had a good time, and he invited me to his place to hang out afterwards, “as friends.” He lived two streets away from me. I figured if it got weird, I could go home. It got worse than weird. I honestly believed I would never go home again.

It lasted almost 12 hours. Every minute of it is clear in my mind, as though it were yesterday. If you asked me what I did yesterday, I wouldn’t even be able to tell you into as much detail. I thought I was going to be killed. When he finally let me go, I almost wished I had been. I didn’t know where to go or how to exist in this new broken form. I sat with it for a while, then finally went to the hospital. It was there that a nurse said the words I could not; that I’d been physically and sexually assaulted, that I needed medical help, that I should call the police. I did something I’d never previously done before. I let someone else take care of my problems.

I was in no way prepared for what was coming, though. There’s no preparation for a rape kit procedure. Imagine feeling your most vulnerable and being told to take your clothes off. Imagine already feeling disgusting and having people touch you with gloves on, swabbing your every crevice, all while never making eye contact. Imagine feeling judged by people you’re sure shouldn’t be judging you.

What followed were a series of meetings with a detective. I had to record a video testimony. I had to submit all of my text messages and social media passwords. I had nothing to hide but still feel immense anger at the amount of privacy I had to give up. For the first year, I was deeply sedated due to how horrible my PTSD was. My doctor saw no other way to stop the pain. I didn’t know these things could be dragged on for so long.

It’s still not over. A few weeks ago, I was subpoenaed to appear in court for his sentencing. I’d appeared in court sporadically over the years. Dates kept being changed or pushed back, but I’d never come face to face with him yet. I was nervous, terrified and sad all over again. The passing of time and the waiting afforded me the luxury of forgetting, but when the trial started up again it felt like a giant wave crashing right into the motherboard of my very being. Short circuits galore. I mentally prepared myself to see him for the first time since the assault and for this to be over. For better or for worse. I should’ve learned that it will never be that simple. He found something new to use against me. My case has been postponed for another year.

Before being told that I would have to go home, yet again, I was made to sit through another case. Apparently, cases of this nature are open to the public, with multiple ones being tried in the same room. Strangers hearing the worst story you could ever tell. They wanted me to “get a feel” for what was in store for me. I sat in horror as I listened to a woman recount a story not very different from mine. I shook violently as a lawyer cross-examined and humiliated her. I looked at the crown prosecutor and detective on either side of me with tears in my eyes. They looked at me with the blankest eyes I’ve ever seen.

For the first time since it happened, I feel more unsure than ever that I am actually brave enough to keep going through with this. I don’t know how to sit in a room with the man who stole a piece of me. I don’t know how to accept that he’s allowed to look at me. I don’t know how to let him tell a lie about me, to say my name at all. I don’t know what I expected or what to expect now. I relapsed and am on medication again. Some days I just cry and decide that it isn’t worth it, that nobody believes me anyway so why should I try to make a system so much bigger than me (and notorious for failing survivors of rape) take my side.

But most days, I try to remember numbers, statistics. How many people don’t make it to this step at all. How many people feel unworthy or too afraid. How many of those people are an immediate part of my daily life. How many I’ve never met and never will. I keep doing it for all of us.

If you or someone you know has been sexually assaulted, you can contact RAINN’s sexual assault hotline for help. Call 1-800-656-4673 to be connected with a trained staff member in your area.