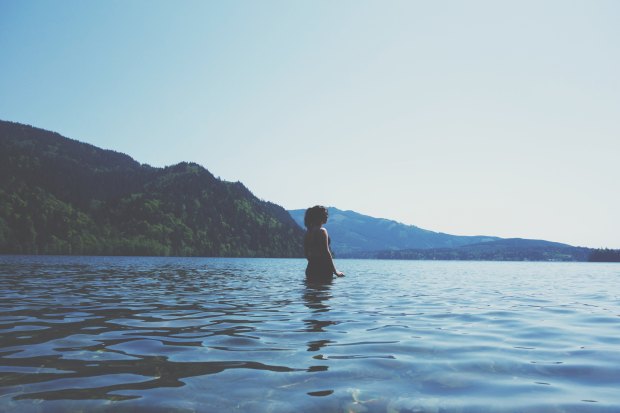 I’m tired of wearing undergarments that physically hurt me in order to appear as though my physique is different than what it actually is. It’s exhausting. I am never equal, I’m always better than or less than. It is absurd. I’m tired of hating myself because I don’t fit into what society says is beautiful. I’m tired of basing my value on what I think I see in the mirror.
Half my life I have struggled with disordered thoughts around eating, in one form or another. Sometimes it was blatantly obvious, when I chose not to eat over and over again. Other times it was subtle, when I chose to limit my food choices to what I thought was “healthy” in order to maintain the massive amount of weight loss I’d achieved in my mid-twenties. The disordered thoughts manifested in other ways also.

In working out – if 4 times a week is good, 5 must be better. If I’m not in pain at the end, it was pointless.

In choosing clothes, in picking meals, in deciding on potential dates, in determining where I would spend my lunch hours at work, the list goes on.

This isn’t anyone’s fault but my own. I had misdirected values when I was an early teen, and was friends with wonderful girls who were not built like me, and somehow that made me feel less than. I would cry in my room, desperate to look like the girls I saw in magazines, certain that it would make me happy if I could just be thin.

My perspective was so misguided, like so many young girls, because looking back I was not heavy. I was decidedly average sized. However, I felt like average equaled huge comparatively, and all that did was foster an environment for disordered thoughts on food and body image to live and thrive.

I didn’t realize I had an issue until about 2 years ago. When I was initially diagnosed, I had gone to see a dietitian to get a meal plan to help me build more muscle while weightlifting at the gym. I went in excited, and I left with more self-realization than I had bargained for. It was difficult for me to accept an eating disorder diagnosis when I didn’t look like what I thought someone with an eating disorder should look like.

I still struggle with that today. Recovery from disordered food and body image thoughts is not a straight line up. It is all over the place, with pauses and backslides and cliff jumps and ladder climbs. It takes willingness, which I admittedly don’t always have. Some days I don’t even accept that I have a problem. Other days I can admit that it’s there, but refuse to do any work. And then there are days where the misery from my eating disorder is so intense that I’ll do whatever it takes to feel a little relief from the craziness in my mind.

I tend to turn my hatred of myself outwards, and assume that others feel about me the same way I feel about myself, which then feeds into the negative self-talk and the constant comparison game. All of it is exhausting and so not worth the work.

My hips may be a little wide, my belly a little soft, my arms a little round. Depending on the angle, I could have a sleek face or chubby cheeks. My body is permanently changed after the birth of my kiddo. And his adorable dimpled cheeks and perfect little toes and sweet snuggles are worth every soft, rounded edge I have. I don’t know if I’ll ever be as thin as I once was. I do know I will forever be changed by that little boy.

I don’t have to view myself as the enemy. I don’t have to view other women as competition. We are all in this together. Every woman has insecurities and hardships and struggles and triumphs and talents and strengths, and it’s time to start celebrating those.

3 thoughts on “I’m Not The Enemy, You’re Not The Competition, We’re In This Together”