This weekend, my brand-new baby girl will be one month old. The past four weeks were somehow simultaneously the longest and fastest weeks of my life, as they’ve amassed to one big blur of 2am feeding sessions, 5pm snuggles, and a lot of unwashed hair. (Mine, not hers.)

Having a baby was undoubtedly the biggest transition of my entire life, and for as much as I studied, read, and took the necessary classes, there was a lot I wasn’t prepared for. After all, how do you really prepare for something that you’ve never experienced before?

During my pregnancy, especially towards the end, I started worrying that I wouldn’t know when I was in labor. I went into labor at 39 weeks and 5 days, and for the week prior, I had been feeling so many cramps, backaches, and Braxton Hicks contractions that I started convincing myself that I’d go into labor and have no idea it was really happening. Luckily, that was not the case at all. I woke up on September 1 at 2:30am with contractions that were consistently 5 minutes apart, and they started getting stronger and stronger. I had a little hunch the second I opened my eyes that it was “time.”

I’m not talking about the ones in the beginning. Those were easy; I took a walk with my husband during early labor, made breakfast, took a shower, put on makeup, and even filed a writing assignment that was due that day. At one point while laboring at home, I even uttered the words: “This is kind of fun.” (I know, what is wrong with me.) But the contractions when shit got real at the hospital? Those were probably one of the worst pains I ever felt in my entire life — the only way I can describe it is hellish menstrual cramps combined with the biggest urge to poop, while simultaneously feeling knives in your lower back. They don’t call it “labor” for nothing.

3. Getting an epidural is not “cheating.”

I’d watched a lot of YouTube videos about unmedicated births, and heard a lot of women say that epidurals take away from “experiencing” childbirth. Fuck. That. Noise. I went into labor thinking that I’d go as long as I could without getting an epidural, but a couple hours into our time at the hospital, I couldn’t stand it any longer. It turns out that I had “made it” until I was fully dilated, but looking back, I don’t know why I chose to straight-up torture myself for as long as I did. After I got the epidural, I was able to relax and focus on pushing (which was plenty of an “experience” in and of itself). And FYI, epidurals might take away the pain, but they don’t take away the pressure and need to push, so the only thing I wasn’t “experiencing” was blinding pain. It was a pretty good deal, in my opinion.

4. The moment when your baby comes out is the weirdest feeling ever.

I feel like no one talks about this enough. A tiny human is literally emerging from your vag, and it’s simultaneously a huge relief but just…kind of gross. There’s burning, and it’s slimy, and there’s so much pressure, and it feels like your insides are being pulled out — but in a good way, because it means that it’s just about over.

5. That moment when you first hold your baby is ~mindblowing~.

I’ve replayed the moment over and over because it was so crazy. There are really no words to describe what it’s like when you first meet your baby, after nine whole months of imagining what they’ll look like, how they’ll act, and what it will feel like to hold them in your arms. It’s surreal and emotional (and it’s also pretty slimy) but one of the greatest feelings ever.

While at the hospital, I saw some women who were walking the hallways with their babies the next day, wearing real clothes. Yeah, that was not me. I didn’t even touch the clothes I had packed in my overnight bag and spent the next 48 hours in a hospital gown with unwashed hair and unbrushed teeth. I felt like I couldn’t fully meet the demands of being a mom in those first couple of days because I was in so much pain after delivery, but I’m making up for it now.

The first few days home from the hospital, I felt like I’d be in pain forever. I could barely walk, and I couldn’t sit without a ton of pillows and ice packs. But by the next week, I was on the mend, and at the three-week mark, I’d say I’m nearly back to feeling totally pain-free. I wish I could travel back in time and tell myself, three weeks ago, that it will get better, that the pain will go away. It’s hard when you’re in it to feel anything else.

8. Sleep deprivation is no joke.

I’d like to formally apologize for any other time in my life that I said I was tired, because I literally had no idea what the word “tired” means. Sleeping is my new favorite activity, and any time I get to shut my eyes for even a half hour, I’m grateful. Newborns are terrible sleepers, despite the fact that they sleep most of the day. My baby makes a ton of noises in her sleep so I’m constantly checking on her (or woken up by her chirping). I’m waiting for the magical moment when she decides she wants to sleep through the night…whenever that might happen.

9. You will cry more than you’ve ever cried in your life — and it’s totally normal.

Most of the time, I couldn’t even articulate why I was crying. But having a baby is literally one of the biggest life-changing experiences, and afterwards, nothing is the same. The simplest things become tasks that may or may not get done (like washing your face or rinsing out your coffee mug), and it feels like all you want is for things to get back to normal. I’ve found that it helps to try to focus on finding a “new normal,” rather than trying to feel like my “old self.” But it’s okay to feel all the feels, and it doesn’t mean that anything is wrong with you.

10. Perhaps most importantly, snuggling with your baby is one of the greatest things ever.

In the beginning, newborns are definitely alien-like and it seems like they are just these weird little creatures that demand to eat and poop every other hour. But at some point, they begin to recognize you as their caregiver, and that is a pretty awesome moment. There’s really nothing like snuggling with your baby, knowing that all of the biggest adventures are ahead of you. At the end of the day, it makes all the other stuff worth it.

Tell Us: What do you wish someone told you before having a baby?

3 thoughts on “10 Things I Wish Someone Had Told Me About Labor, Delivery, and Postpartum” 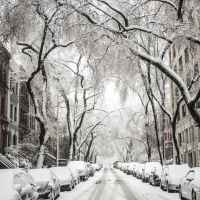