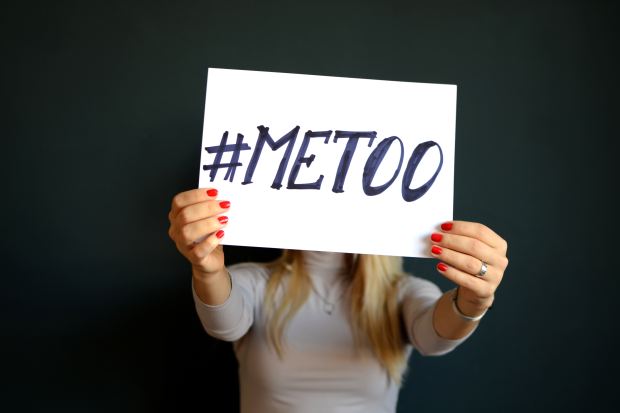 It is finally time I penned this letter to you directly. I have spent quite some time deciding on the tone of this letter and what I want to reflect. Most importantly, I have asked myself if I were you, what would I need to hear to empathize with the plight of millions of women who have bravely come forward in an effort to be heard?

I wonder about you. I wonder if in those moments when you are alone in your car on your commute to work, or when you first wake up in the morning before your feet hit the ground, if ever there is a time when you say to yourself: “I can’t do this anymore.”

I wonder about all the times you step before the media in that press room and look dead-pan-serious at the news reporters as you continue to manifest unyielding support to a man who has caused so much harm and shows no sign of letting up.

I wonder what direction your moral compass points when the dust settles at the end of a long day filled with outrageous, egregious tweets at the hands of our highest elected official.

I wonder as a woman do you ever shake your head and think: “Why? Why won’t he just stop already?”

I don’t envy you. In fact, I think it’s quite ironic that a man who so obviously despises women would have a woman in your position defending him to the world. I look at this as the ultimate set-up by a misogynistic predator who is hell-bent on undermining women. He has pitted you as the wolf in sheep’s clothing: a powerful, educated woman designed to discredit millions of other women by spouting off lie after lie.

I can see it in your eyes. It is written all over your face. Somewhere, deep down, you know what he is, yet you stand up there day after day defending him. You maintain the position that these brave women who have come forward are liars. As a victim of sexual assault myself, I can assure you that even worse than the assault is those who would doubt my account, as if coming forward and having every aspect of my life dissected is some grand picnic for the media to feast on.

Sarah, when you look in the mirror at the end of your day, who do you see staring back at you?

The vote last night in Alabama was a tell-tale sign that the tides are turning and finally decency and righteousness are winning out over political party affiliation.

In your heart, I believe you know what the right thing is. I believe that you are not as convicted as you would have us all believe. I believe, because I have to believe. I don’t understand how you could get up in front of millions of people every single day and defend the actions of a president who, at the very least, is grossly inept and at the worst, has waged a war on minorities, women, the LGBTQ community, and immigrants.

I would implore you to sit down with his accusers and hear their stories yourself. Look them in the eyes and tell them with conviction that you also believe that they are liars. That the things you say on behalf of the President of the United States are true and accurate. I implore you.

This is your legacy.

Photo by Mihai Surdu on Unsplash