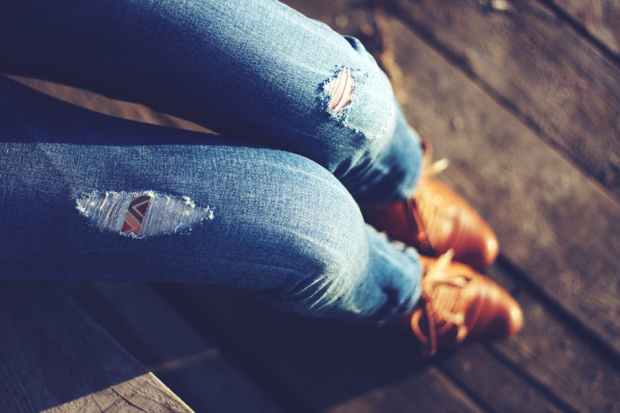 It’s Tuesday, which traditionally isn’t my favorite day of the week. I don’t think I’m in the minority here, as there aren’t a lot of graphic tanks on the market with “Tues-yay” or “Hello, Tuesday!” or “Tuesday Funday” plastered across the front. And we certainly don’t greet each other with “Happy Tuesday!” the same way we might on a Friday morning.

It isn’t a bad day, more of just an in-betweener. It’s the day I’ll start dreaming about what I’ll have as my evening dessert at 9:47 a.m. and making weekend plans – dangling the ‘what’s up next’ carrot in front of my face as incentive to power through whatever tasks my to-do-list hosts.

I’m kind of in the Tuesday of my pregnancy right now. I’m almost 32 weeks along, meaning it feels like it’s been months since I’ve worn pants without an elastic band (because it has). And at the same time, I wager it’ll be a while until I’m not rolling out of bed six times a night to go to the bathroom.

While I haven’t specifically wished this time away, I have started to envision what it will be like to actually hold our child in my arms instead of just my belly, and to put on my shoes without sounding like I just finished an Olympic sprint.

When the moms in my life tell me to enjoy this time, that I’ll someday miss it, even if it doesn’t feel like it right now, I believe them. Not because I’ve experienced pregnancy and motherhood before, but because of all the other stages I’ve been through. The advent calendars leading up to Christmas, the countdowns to the end of the school year, the dating and wanting to be engaged, and then being engaged and wanting to be married, the lead-ups to cross country moves and career changes. All of the wishing and waiting that precedes the doing and becoming.

Of course, as I look back now, there’s a bit of sadness that accompanies those well-intentioned eager and excitable times. I want to go back and tell my 7-year-old Christmas Eve self – who’s sharing a queen size bed with her sister because she can’t sleep – that as fun as opening presents in the morning will be, these are the moments she’ll really miss. That the giddy whispers and giggles shared will forever trump what the stockings hold. I want to tell my 18-year-old soccer playing self to stop looking towards graduation and to soak up bus rides, pep bags, and my love for the game and my teammates. To savor the ordinary smell of the fresh cut grass and the comforting feel of worn in cleats. I want to tell my 24-year-old self to embrace the butterflies, flirty text messages, and first date with the man she knows she’ll someday marry without feeling the need to look ahead to what’s next. To just be here, now.

It’s easier said than done. Because certain stages are stressful. And other seasons seem longer than we’d like them to be. But perhaps, even more than that, because we’re human. It’s natural to look forward. To wonder and wish for what might be next. To crave the accomplishment of moving from one part of life to another.

Today, I’ll choose to forgo the inevitable urge to live in anticipation of Friday and motherhood. I’ll talk myself back from my tendency to experience the kind of nostalgia that makes me wish I’d appreciated this chapter of my story more. I’ll allow my life to be where and what it is, without added pressure to love every second, but to live in every second instead.

I’ll try to stop ranking the moments so much and start experiencing these messy in-between days fully. So that when I look back, I may feel a sense of longing because they’re behind me, not because I missed them the first time around.

One thought on “The In-Between Time”